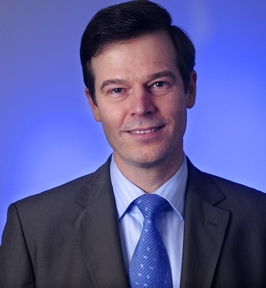 He has held visiting professorships in Albuqurque (New Mexico), Tokyo, Barcelona, Milan, Cachan, Metz, Lyon, has been a visiting Directeur de Récherche at CNRS in France, a Marie-Curie Distinguished Researcher in Lublin, the John Argyris Visiting Professor in Stuttgart, and MTS Visiting Professor of Geomechanics at the University of Minnesota.

René de Borst is Editor-in-Chief of the International Journal for Numerical Methods in Engineering, Editor of the International Journal for Numerical and Analytical Methods in Geomechanics, Editor-in-Chief of the Encyclopedia of Computational Mechanics, Associate Editor of the Aeronautical Journal, and member of the editorial board of another twenty journals.

He is recipient of several honours and awards, including the Composite Structures Award, the Max-Planck Research Award, the IACM Computational Mechanics Award, the NWO Spinoza Prize (highest scientific distinction in the Netherlands), the Royal Society Wolfson Research Merit Award, and the JSCES Grand Prize. He is a Fellow of the Institution of Civil Engineers, a Fellow of the International Association of Computational Mechanics, and Fellow of the International Association for Fracture Mechanics of Concrete and Concrete Structures. He has been inducted in the Royal Netherlands Academy of Arts and Sciences, the Royal Society of Edinburgh, the European Academy of Sciences and Arts, and the Royal Academy of Engineering in London. He is an Officer in the National Order of Merit [France], and has been awarded an honorary doctorate by the Institut National des Sciences Appliquées de Lyon (INSA-LYON) and an ERC Advanced Grant.