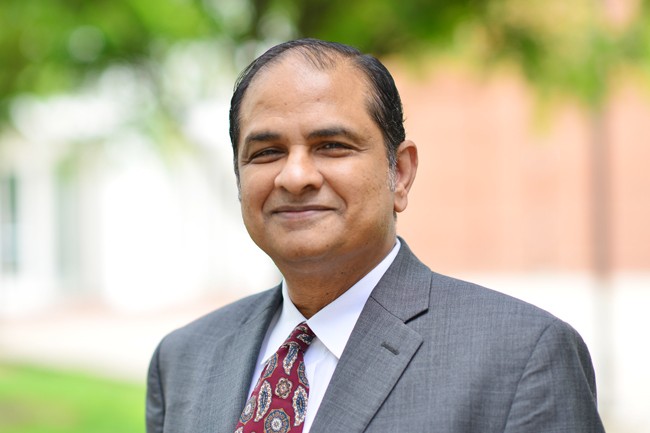 Dr. Balachandran received his B. Tech (Naval Architecture) from the Indian Institute of Technology, Madras, India, M.S. (Aerospace Engineering) from Virginia Tech, Blacksburg, VA and Ph.D. (Engineering Mechanics) from Virginia Tech. Currently, he is a Minta Martin Professor of Engineering at the University of Maryland, where he has been since 1993. His research interests include nonlinear phenomena, dynamics and vibrations, and control. The publications that he has authored/co-authored include over eighty journal publications, a Wiley textbook entitled “Applied Nonlinear Dynamics:  Analytical,   Computational,   and   Experimental   Methods”   (1995,   2006), a Thomson/Cengage textbook entitled “Vibrations” (2004, 2009), and a co-edited Springer book entitled “Delay Differential Equations: Recent Advances and New Directions” (2009). He  holds  four  U.S. patents  and  one  Japan  patent,  three  related  to fiber optic sensors and two related to atomic force microscopy. He serves on the editorial boards of the International Journal of Dynamics and Control and Acta Mechanica Sinica, is a Contributing Editor of the International Journal of Non-Linear Mechanics, and serves as an Associate Editor of Nonlinear Theory and its Applications, IEICE. He started as the Editor of the ASME Journal of Computational and Nonlinear Dynamics in January 2016. He is a Fellow of ASME and AIAA, a senior member of IEEE, and a member of ASA, AAM, and SPIE.